Why invest in UK Property?

Generally speaking the price of housing in the UK increases with time due to its constantly increasing population and constantly under performing house building sector.

According to Halifax, since 1983 UK prices have increased nationally 428% and in real terms (offsetting inflation) 101%. Naturally as with most investments there are some low points which the UK has undoubtedly seen recently since the financial collapse of 2008′ however recent trends show the UK market recovering well, suggesting that it has hit the bottom and set to rise again.

4sale2U’s investors are at the forefront of this unmissable opportunity.

Why does the UK housing market capital value increase consistently over time?

Quite simply, housing demand in the UK is increasing faster than the supply. The investor needs to understand that the UK population and need for housing increases constantly through a combination of people living longer, immigration and persons remaining single longer (not cohabiting) later in life than ever before.

The laws of construction in the UK means that supply in inelastic with demand thus can not meet demand very quickly. Put simply, the Green Belt laws and planning permission laws are strict so it takes time for house builders to deliver as demand increases. Further compounding problems brought on by the failing mortgage market means that there is desperate shortage of houses being built. 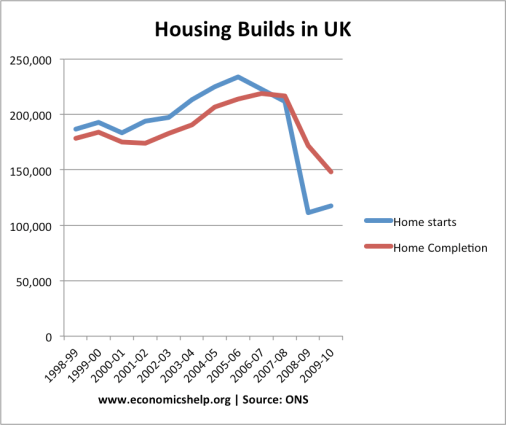 Unlike many countries offering property investment solutions, the UK’s government and economy is developed, stable, reliable and democratic. The laws of  land ownership are clearly defined and well governed without fear of change due to possible future political unrest.

The UK government also recognises that their social housing supply is vastly overwhelmed and thus willing to pay private landlords to house persons who are unable to pay the full market rent. This gives any investor the added security that there will always be a willing tenant looking to rent your house almost anywhere in the UK as long as it meets minimum standards.

Conclusion – How does this affect me?

Very simply, this is a unique time to buy property in the UK as the market enters the exit phase of reduced 2008 prices, slow growth and starts to increase again. We can look into the past capital growth of UK property to build a picture of the future growth which according to the lack of supply will almost certainly increase with time.